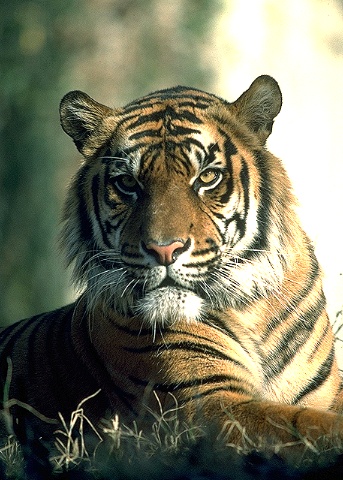 The NC Senate Judiciary II Committee strayed into some dangerous past territory on Thursday, June 4th.  SB 807 was heard by the committee with much less of the debate that accompanied a similar bill last session.  (Last session's bill brought out every large animal keeper and zoo in opposition.)

The bill would ban the possession by most private citizens of large cats and bears and require any owners that qualified under existing plans administered by the USDA to register and pay a fee with the state.

This is another example of misplaced legislative priorities.  With a multi-billion dollar hole in the budget, do lawmakers have nothing better to do that write esoteric, what-if legislation?

Bill sponsor Senator Ed Jones (D-Halifax) gave a very telling reason for this interventionist legislation when he said, "We should do things to make the world safer."  But don't legislators have plenty of other problems to solve ahead lion control?

Mindy Stinner, Executive Director of the Conservator Center,  an animal rescue facility commented to the committee on how rare it is for captive animals to escape and cause harm to the public. "There have been .2 deaths per year across the US for the last fifty years," she said.

The bill was given a unanimous favorable report by the committee.