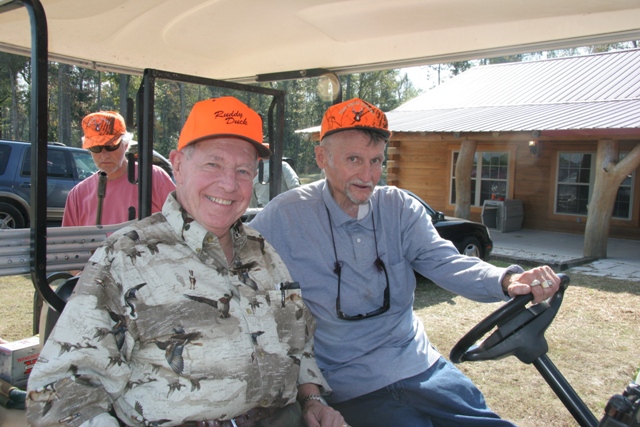 Anytime in the last 40 years whenever a conservative made a move in North Carolina they were more than likely photographed by Peter Batton.  (That's Pete on the right, of course, with Retired Chief Justice I. Beverly Lake.) Despite battling chronic illness from his childhood and cancer later in life, Batton served the people of North Carolina as a probation officer and later chronicled the rise of the conservative movement that led to North Carolina becoming a two party state.

I remember an event late in Senator Jesse Helms' career where he was being honored.  As always, Peter was there, camera in hand, recording the occasion for posterity.  After taking many, many photos of the senator with the crowd, Helms loooked up at Batton and asked, "Peter, old friend, how long have you been taking my picture?"  Batton responded that it had been quite a while.  Helms then said, "You know, I don't believe I have a picture of you.  If you trust someone else to hold that camera, let's get you in a picture for my desk."  With those kind words from the conservative leader of the US Senate, Peter's face lit up and he came to Helms' side for a most memorable picture.  I would love to have a copy of that picture to remember two great men with.

When I heard of Peter's passing, I had to remember that he wasn't indestructible.  His health had betrayed him but that tough, old bird would not let it slow him down.  He continued to take pictures of candidates, senators and leaders.  Peter was Civitas' photographer for any occasion.  When we hosted a dinner with Michael Reagan, I was not quick enough to get into a photo for Peter's liking and his directorial talents took over.  He always made sure to get the shot right.  We will miss Peter and so will the conservative movement in North Carolina.  I'll bet he's having a conversation with ol' Jess right now.

Tuesday, April 7, 2009 at his home after years of declining health.

Ernest Batton and Eloise Case Batton. He retired from the NC State

Department of Corrections as a probation officer with 28 years of

service. He was also widely known for his photography of wildlife and

The family will receive relatives and friends immediately following the service.

In lieu of flowers, memorial contributions may be made to CCNC