The chances for a state budget deal before the August 31 deadline are pretty slim. From WRAL:

With just a week left before their second extended deadline, state lawmakers appear no closer to reaching agreement on their $21.74 billion budget plan. 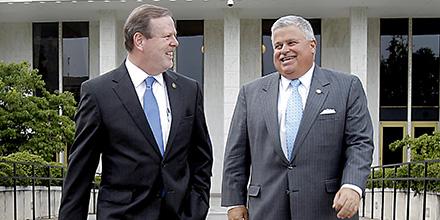 House and Senate leaders and Gov. Pat McCrory announced last Tuesday they had finally agreed on the size of the budget – a crucial first step in the process. But as of Monday, they hadn’t yet agreed on the spending targets for the various areas of state government, such as education or health and human services.

The budget, due by law July 1, is already 55 days overdue as of Monday. Lawmakers first gave themselves a deadline extension of 45 days. When there was no agreement, they passed a second continuing resolution for an additional 16 days, pushing back the deadline to Aug. 31.

“I don’t think it’s humanly possible it can happen before the 31st, but we can really get down the road and get the budget moving,” Apodaca told reporters. “We should know more within the next 24 hours.