The Wall Street Journal details the lefts "Attack Machine" at the national level. On a personal level I recently experienced (again) how the left demonizes the individual and ignores any debate on policy. I wrote a piece about "Another Federal Bailout" that appeared in the Charlotte Observer and in response I received the below letter at my home.

The person who wrote this letter attacks me personally rather than discuss any factual or philosophical arguments, They also attack my service in the USMC and the military as an institution. The attack on the Marine Corps was about as close to a policy debate as they get. I am not going to debate this letter but I have posted on this to make you aware that the left is doing this on every level so:

When you see a news story about an individual and not a policy, stop and ask why they are discussing personalities and not discussing the issue? That is because they don't want to discuss the issues, they want to demonize individuals. 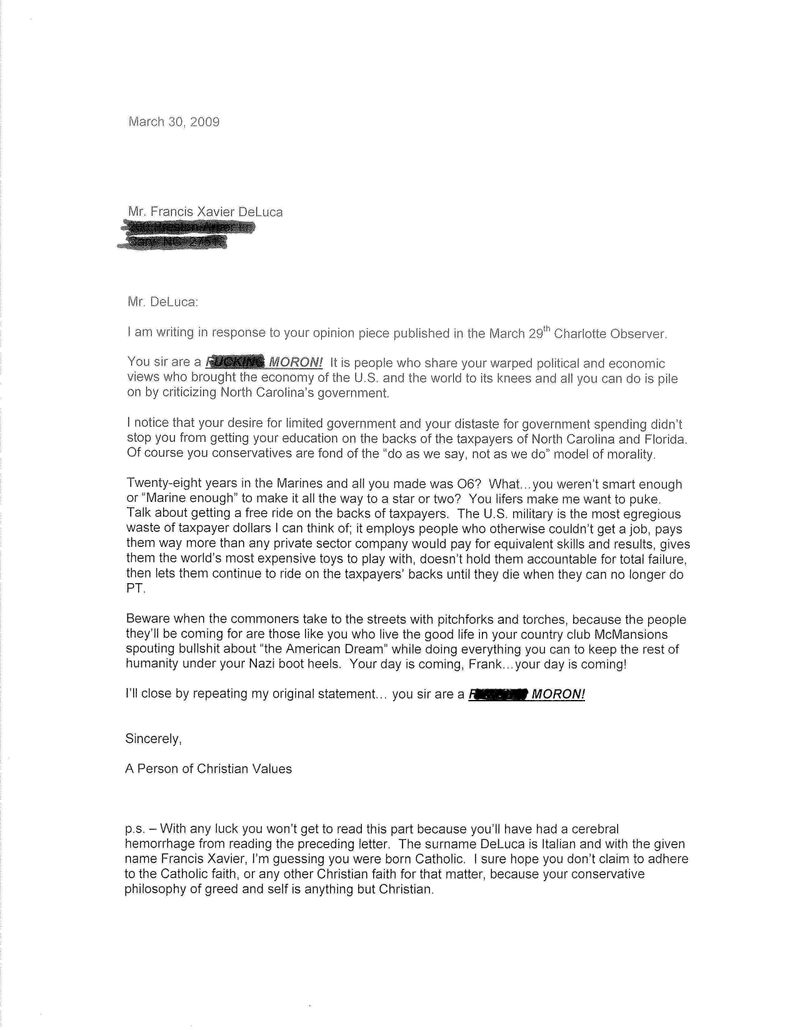