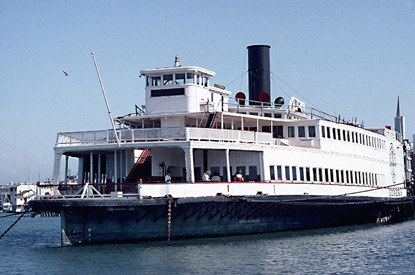 This year’s legislative session in NC has been largely dominated by countless corporate welfare schemes coming from both chambers, including expansion of taxpayer giveaway programs and several proposals to extend targeted tax credits to politically-chosen industries.

A small ray of free-market light, however, poked its way through the crony capitalism clouds yesterday when SB 382 was filed. Sponsored by Bill Rabon (R-Brunswick), Kathy Harrington (R-Gaston) and Wesley Meredith (R-Cumberland), the bill directs the Board of Transportation to “issue a request for information (RFI) for the privatization of the North Carolina Ferry System.”

The state premise behind the bill is stated: “The General Assembly finds that the privatization of the North Carolina Ferry System would provide a more cost-effective service model for the citizens of the State.”

Yes, finally. Something coming from the General Assembly showing at least an intent to lessen the political grip over all of our economic interactions. True privatization would mean complete separation from government ownership and direction, and allowing entrepreneurs to own and run the ferry system – with revenue coming not from taxpayer dollars but from voluntary interactions with customers and sponsors.