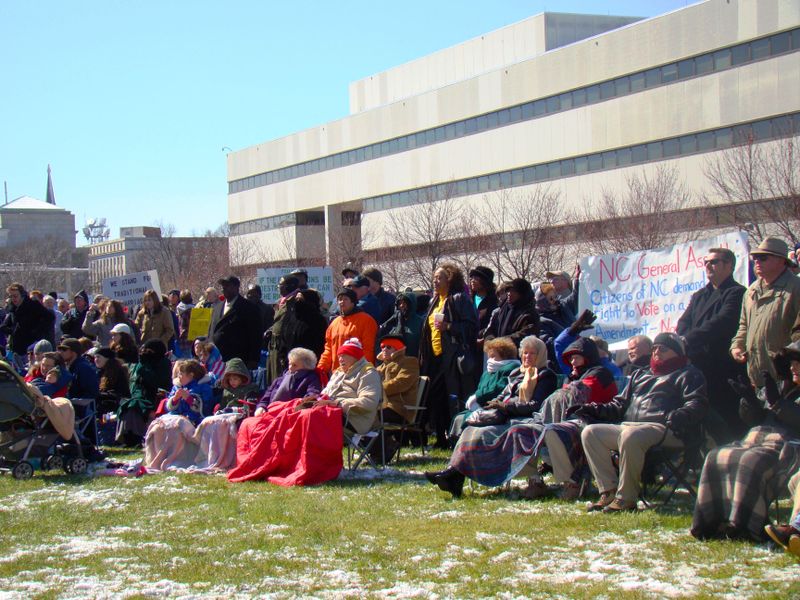 Advocates for allowing voters decide whether or not to amend North Carolina's constitution to define marriage as being between one man and one woman met in Raleigh at the legislature.  Though the crowd was smaller than a similar rally last year, supporters of the amendment still turned out a large crowd despite the awful weather.  Capitol Police estimated the crowd to be between 3,000 and 4,000 people.

A coalition of conservative and religious groups (including the Civitas Institute) have been bringing new attention to the effort through the group NC4Marriage.

Bills calling for the amendment to be voted on this fall have been filed in both houses.  The House version has 66 sponsors, a bipartisan majority.  The Senate version is also sponsored by a bipartisan group of
lawmakers but has already been assigned to the Senate Ways & Means committee that hasn't met since 2001.  This committee is also know as "bill prison" where the leadership send bills to die.

Despite the legislative roadblocks, protecting marriage is widely supported by voters of both parties and races.  The latest Civitas Poll found that 76% of North Carolina's voters want to protect marriage.